Most of siddi people lives in  this kind of hut
Posted by ABOUT SIDDI JANA VIKAS SANGHA at 9:11 AM No comments: 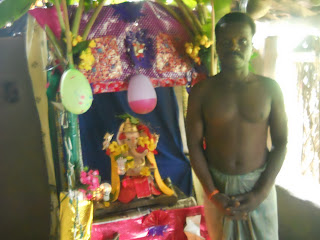 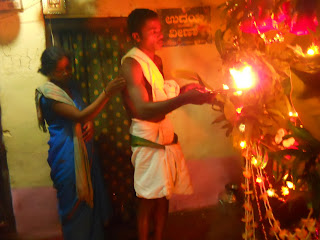 Posted by ABOUT SIDDI JANA VIKAS SANGHA at 8:35 PM No comments: 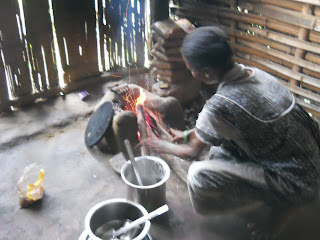 Siddi women cooking in her house with the fair wood.
Posted by ABOUT SIDDI JANA VIKAS SANGHA at 8:25 PM No comments: 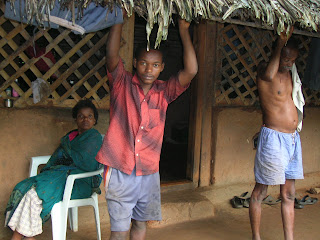 This is  the family settlement of the siddi community.
Posted by ABOUT SIDDI JANA VIKAS SANGHA at 8:18 PM No comments: 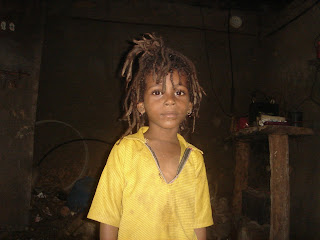 This Boy is having a this kind of hair style boy birth his parents wants to take him to pilgrim and want to cut.
Posted by ABOUT SIDDI JANA VIKAS SANGHA at 8:13 PM No comments: 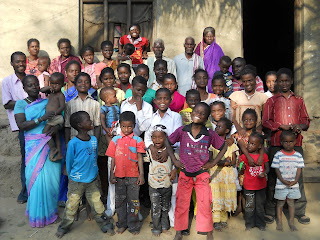 Spoken  English class  conducted by Mr. Ramnath siddi Who is  the fitst  Graduate from the community
M..Ed  and  Mr. Mohansiddi  who is the first Graduate of MSW  from the Siddi community They have contributed among them  self’s  and voluntarily organized the summer class for 45 siddi educated youths along with the food and  Accommodation 90% of them are now fluently able to speak and write English this is the first spoken english class in the history of Siddis. 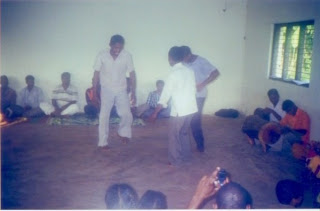 Spoken English with the Drama. 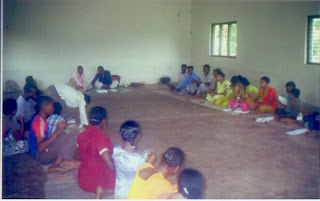 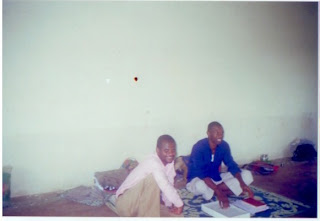 Mr. Ramnath  Siddi and  Mr.Mohan Siddi from the( R)

Posted by ABOUT SIDDI JANA VIKAS SANGHA at 10:30 PM 1 comment: 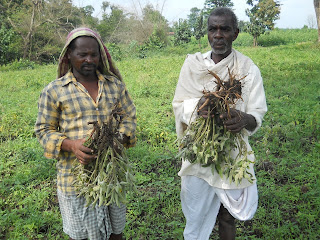 The majority of the Siddis in Karnataka are descendants of Siddis slaves who were brought from East Africa (mostly Mozambique)  Ethiopia, Kenya, Uganda, Congo, Kenya, Bemba, Tanzania, Uganda, Zanzibar, Nigeria, and other place from Africa to Goa by the Portuguese, British and the Arabs between the 16th and 19th centuries. Mozambique in Africa was under the control of the Portuguese and hence it was easy for them to bring these Africans to Goa as slaves.
During the GOAN Inquisition, some of these slaves were freed and some escaped into the forests of the neighboring Karnataka state.
While most of them were victims of slave trade, some of them also were imported by the Nawabs in the 15th-16th centuries as military mercenaries. Others were sailors on the trade routes to the east. At this period, slaves were generally used in European countries and they were even auctioned in public.  Some of these slaves who were unable to bear the torture of the Portuguese escaped from Goa and entered into north Karnataka forests of Sirsi, Yellapur, etc. It was a black spot on civilization but the Portuguese resorted to it without inhibition. The word Siddi means a laborer and these Negroes who worked as laborers came to be referred to as Siddis meaning laborers. After spreading themselves in the forests of Karnataka, they adopted various religions such as Hinduism, Islam and Christianity. Thus there are Hindu Siddis, Muslim Siddis and Christian Siddis. If a Siddi worked as laborers in a Hindu family, he had no hesitation in adopting Hinduism. This is the case with other religions also. Thus they adopted themselves easily to the new social and religious environment. That is why they speak a mixed dialect of Marathi, Kannada and Konkani. Both men and women dress according to the local practice like dhoti and sari.
The siddi are tribes of African descendants that has made Karnataka their home for the past 400 years, with a population of close to 400,000 people across India, of which more than a third live in Karnataka state. In Karnataka they are concentrated around Yellapur, Haliyal, Ankola, Joida, Mundgoad and Sirsi taluk of Uttara Kannada and in Khanapur of Belgaum and Kalagatgi of Dharwad district. Their language is a mixture of Konkani and Marathi, but they also speak Kannada.  They practice Agricultural activities on very small farms only for home consumption, not enough for commercial activities and many are landless farmers.
Posted by ABOUT SIDDI JANA VIKAS SANGHA at 5:58 PM 2 comments:

ABOUT SIDDI JANA VIKAS SANGHA
Yellapur, Karwar Karnataka, India
A Society called Siddi Jana Vikas Sangh as formal identity with members of Siddi Community belongs to Hindu, Islam & Christianity has been registered under Karnataka Societies Registration Act in the month of December 2010. The society has three women and four men in the society and all are educated and well informed about the situation of siddis. VISION: Vision is to have broad based organization of Siddis with spirit of Self Respect, Self Confidence and Human Dignity to address all the above issues collectively. MISSION: Promote education as a tool for empowerment, establish right to livelihood opportunities as a matter of right and work against exploitative systems VALUES: Humanist values such as equity, equality, fraternity, create discrimination free democratic environment to ensure mutual respect & mutual understanding realize the inherent potentials of Siddis